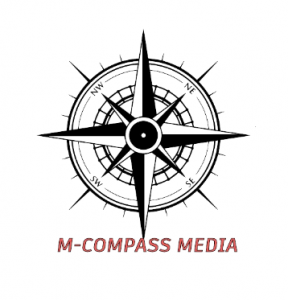 Efforts by the United States over the last number of weeks to broker agreements with Russia and China on numerous issues have fallen flat.  Both a diplomatic mission to Moscow, and a meeting between US and Chinese government officials, have ended with no agreement on any issue. Instead, Russia and China pressed ahead with the largest combined war-games of their kind ever conducted between the two countries.

On Wednesday the 6th of October Jake Sullivan, US National Security Advisor, met with Jang Jiechi, a member of the CCP Politburo and Director of the Central Foreign Affairs Commission, in Zurich, Switzerland. Although no specific details of the talks have been released by either side, a Chinese statement, polite and diplomatic as usual, said that the talks were “constructive” and that further development of communications is needed and welcome.

The US issued a short statement saying that Sullivan had raised contentious issues such as Taiwan, the South China Sea, Hong Kong and Tibet. It is notable that the White House held no media briefing about the meeting, usually an indication that events did not pan-out as intended.

The meeting was proposed by the United States, but was not embraced whole-heartedly by China in the beginning. At first the White House had proposed a meeting between the two leaders, Joe Biden and Xi Jinping, but this was rejected by Bejing. Bejing finally agreed on a meeting in a neutral venue and involving less high-profile representatives.

The meeting in Moscow between US Assistant Secretary of State, Victoria Nuland, and Russian Deputy Foreign Minister, Sergey Ryabkov, took place on October 11th and also proved of little value in terms of reaching accord or agreement on any topic. Nuland’s visit to Moscow was even more difficult to arrange than Sullivan’s meeting with Jang.

Nuland has been accused by Moscow and other states of being a central player in the destabilization of Ukraine and the civil unrest that led to Ukraine’s re-alignment with the EU and United States, away from Moscow influence. A conflict continues to rage in Ukraine and the Donbass Regions as a result. It is understood that Moscow insisted on the lifting of certain US-imposed sanctions before the meeting between Nuland and Ryabkov could take place. The meeting lasted one and a half hours and as with the US-China meeting, there was no White House press briefing afterwards, indicating a contentious and unproductive diplomatic engagement.

Russian Deputy Foreign Minister Ryabkov said of the meeting in an interview,

“We deliberated at length on all the issues on bilateral agenda. This was our main focus. Among international topics, we addressed strategic stability and the prospects for continuing work in this area. Although, Under Secretary of State for Political Affairs Nuland does not nominally discuss this topic as the so-called Russian portfolio is assigned to her, she expressed several considerations and we responded to them”.

Also this week, Russia and China conducted combined-war games or simulation exercises that involved land and sea operations. 2021 has already seen military war-game exercises carried out by the NATO powers in the Black Sea and Pacific Ocean, and several weeks ago Russian war exercises between Russia and her more immediate neighbours and partners such as Belarus. The war-games between China and Russia this week are the largest of their kind between the two powers. It has been reported that a US war ship, a destroyer, that attempted to enter into the exercise area to observe, was driven off by a Russian war-ship.

Failing US diplomatic missions, and a tightening of alliances and cooperation between China and Russia, does not bode well for US interests and plans around the globe. The fracture within the NATO alliance due to the poaching of Australian military submarine contracts by the US from France, further weakens the US position. Is the balance of global power shifting?